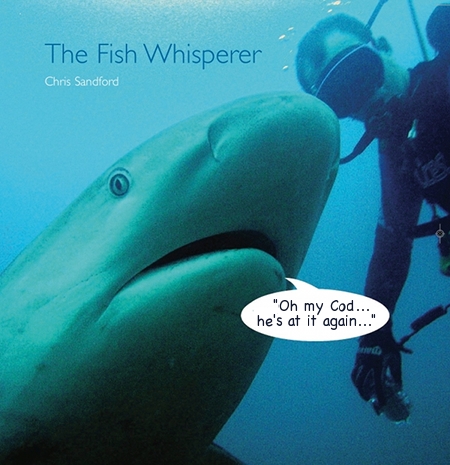 The sign at the lodge gate says ‘Priorywood Retirement Home’ but this thirty-five acres of rolling countryside with its stately mansion, is known locally as ‘Whisperer’s Hall’. The security check is friendly enough, but there is a professional thoroughness when the contents of one’s car boot are examined, and you’re told that the use of any photographic equipment is strictly forbidden.
There is no way of approaching ‘The Hall’ at anything less than a few miles an hour as speed bumps inhibit progress every hundred yards or so.
On my visit, glancing left and right, I noticed that the livestock in the fields on either side were not always behaving ‘normally’. An old lady, surrounded by ten enormous bulls was having an intense conversation. A little further on, a gentleman in a deckchair was surrounded by a flock of sheep and laughing heartily at some ovine joke! Half a mile before the entrance to the hall, there was a vast chicken run, the inhabitants of which were gazing attentively up at a cockerel perched on the arm of a gentleman in tweeds who seemed to be explaining some complex problem.
Matron Gubbins was waiting for me on the steps of the hall and offered a firm handshake. “Let’s have a little chat before your meeting with Cyril.”
Her office was a shrine to past residents. A mass of photographs lined the walls, each one showing an individual with an animal. A man in a bowler hat and pinstriped suit with an orang-utan. A small gentleman in a kilt holding a ladder next to a giraffe! A little girl with three bears. Matron smiled and said, “Oh yes, we’ve had some wonderfully talented people spend their final days with us, many before my time of course.”
There was a pause in the conversation, so I put on my most sympathetic expression and asked quietly, “Is it still all right to speak with Cyril?”
“Yes,” she replied, “young Jason is getting him ready now, but we don’t want any more of those silly headlines.”
“Absolutely not,” I replied, my mind racing back to my research and those old press clippings.
The puns were unstoppable. ‘Whisperer Has a Whale of a Time’. Then there was
‘Whisperer says “I’m not shellfish . . . I’ll tell the whole story” ’. . . and even ‘Oh My Cod,
He’s At It Again!’
As we moved out of the office and towards the lift, matron said, “Cyril will be ninety next
year and we all feel he deserves a restful retirement.”
“Of course,” I said, confirming that I had received the message loud and clear. On the third
floor matron tapped lightly on the door and a friendly voice called, “Come in . . . do come
in.”
At last there he was. Cyril Limpet, the legendary Fish Whisperer.
He was swathed in white towels and seated in a high backed leather armchair. Standing
behind him was Jason his carer, with a limp but protective hand on Cyril’s shoulder.
“Excuse the strange attire,” Cyril said, “but the Doc’ only allows me to spend a couple of
hours in the pool these days, then to stop me skin going funny Jason here has to oil me
down, don’t you Jason?”
“I most certainly do, dear,” said Jason, and with a final pat on Cyril’s shoulder, glared at me
and minced out of the room.
“Don’t you mind him,” said Cyril. “He’s a bit possessive but means well. Now then, I’ve very much enjoyed our correspondence. You dug up a lot of the stuff I’d forgotten. That sea lion on the beach in Skegness! Dear oh dear, he was a miserable sod. Didn’t have a good word for anyone! And as for that shoal of cod off Yarmouth, I’ve never known such a happy bunch, I still smile at some of their stories!”
“Cyril” I said, “I have one really important question.” There was a pause, and Cyril said,
“Oh yes . . . go on then.”
“They call you a Fish Whisperer but do you actually speak to fish?” Cyril smiled.
“Well that’s the fifty thousand dollar question isn’t it?
“P